Thomas Hobbes contends, both explicitly and implicitly, in his Leviathan that political philosophy is an impossible project because the greatest of the political philosophers (Plato and Aristotle) had failed to convert political wisdom into an attainable goal. In other words, there may be wise men, but there is no formula to produce wise men (We assume here that wisdom is a perceptible characteristic that both wise and unwise can recognize). Wise men do not necessarily produce wise men (see the relationship between Socrates and Plato on the one hand with Socrates and Alcibiades and Socrates and Critias on the other…don’t worry about the connection between Socrates and Thrasymachus).

So Hobbes releases the acid of skepticism on political philosophy itself. He hopes, one can assume (since he’s dedicated himself to writing on the topic), that whatever is left from this process will be reliable enough to build a new philosophical structure upon. Thomas Hobbes is in search of a formula to produce the best regime which will, in turn, produce the best men, via education, for that regime.

Thomas Hobbes was, in my horribly unqualified opinion, off the mark. There cannot be a science of wisdom. Science is formulaic and soulless, like its subject matter (matter and energy). Wisdom is the ability to think and act rightly at the right time to the right degree. In the face of the accidents of life, and against our lower tyrannical urges, wisdom conforms to the needs of that instant of time all the while keeping an eye on the highest good. Accidents cannot be taken into account by laws and so there must be a mechanism to absorb the blows of fate. Wise men cannot be created by an educational formula because there cannot be a science/system of the unforeseen.

Hobbes’ teacher, Niccolo Machiavelli, states in The Prince that centralizing power as a deterrent to the whims of God/luck/accidents/Fortuna is the best and only stand-in for wisdom. The formula for producing wisdom is actually a formula for acquiring power. Wisdom (education’s end) is sacrificed for power (politic’s end). The pursuit of Truth is now a colloquial pursuit of getting the upper hand over an enemy.

What does this have to do with education?

I walk my students through a simple exercise. Why do you want a high school degree? “To go to college”, they usually say. Why do you go to college? “To get a good paying job”, they respond. Then education, at it’s center is an economic endeavor? “I guess.” they say. And getting us a job gives us money, right? “Yes”. And what is money? Eventually we come to agree that it is power. So education is only good for economic power? 99% answer in the affirmative. Are we all Hobbesians, then? Is Machiavelli our intellectual grandfather?

Public schools are, collectively, the philosophical pursuit writ large. Schools are our best hope to fashion future philosophers and leaders. If public school are simply job incubators, then teachers are nothing more than animal trainers. Humans are no better than those stupid squirrels in my attic that react to stimuli, but cannot hope to attain anything higher. Plato hints at this during the discussion between Socrates, Adiemantus, and Glaucon in Book II of Plato’s Republic (the city of pigs, specifically ).

As one of my favorite authors claims, the lower can be understood in terms of the high, but the high can only be deformed by understanding it via the low. The low is free to be low in the presence of the high. The high is warped by the view from the low. 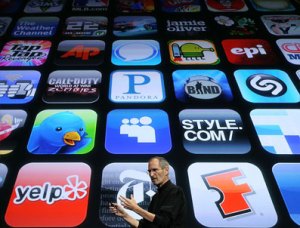 Science is yet another language that helps us describe the world in which we live. The sweet perfume of science (consumer products, ex.) seduced us into thinking that everything worth while is quantifiable and/or reproducible in a Petri dish. If it can’t be replicated within the framework of the scientific language then it cannot exist to science or, at least, science can’t knowing talk about it. Education/philosophy becomes the handmaiden of all things quantifiable. This particular part of education overshadows the rest (ex. There is no formula for morals, yet a scientist must make moral decisions in his field (ex. Just because we can create designer babies/nuclear weapons/bring extinct animals back to life, does that mean we should?) Science is subject to morality without being about to speak about morality in its own language).

Hobbes/Machiavelli’s project to find a formula for wisdom ends up lowering wisdom so that it is easily attainable. Education and “wisdom” are lowered because the people pursuing it can’t reach “the peaches at the top of that tree” (as Jacob Dylan of The Wallflowers put it). This bastardizing of “E”ducation produces “e”ducation. “e”ducation’s Polaris is now obscured by clouds. The lower now stands in place of the higher.

In essence, the kids who got F’s in “wisdom” are now teaching the class.

2013 Northwest ISD teacher of the year, Humanities Texas 2012 Outstanding Teacher of the Year Award, and 2011 Outstanding Educator of North Texas Award (North Central Texas College). I'm currently a Regional Digital Learning Consultant with the Education Service Center Region 11 in Ft. Worth, Texas and a college government educator who incorporates philosophy, technology & humor. A student through and through, I walk with my students in their learning. Most importantly, I'm blessed with the 3 most perfect kids eva! I love on them ery day!!!
View all posts by Thrasymachus →
This entry was posted in In The Classroom, Political Philosophy and tagged Aristotle, civics, education, government, Hobbes, Machiavelli, philosophy, plato, political philosophy, Political Science, Science, social studies. Bookmark the permalink.

3 Responses to Hobbes and Public Education