Separation of Powers Activity Using The Cranium Board Game

Posted on September 3, 2014 by Thrasymachus

I’m pretty sure that, like many of you, I was gamifying stuff before it was a “thing”.  If I got bored teaching the same thing in the same way year after year, I couldn’t imagine what my poor students were going through.  So “tricking” things up was and is an innate tendency for me simply because I don’t want to spread the evils of boredom. 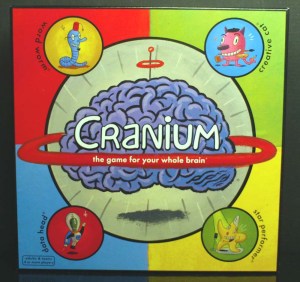 Most concepts in government are fairly dry and, unfortunately, lend themselves to said boredom.  If I can pull in a controversial topic, example, or game to teach a lesson, I’ll do it in a heart beat.

One of those “dry” topics is separation of powers and checks and balances.  I was taught these concepts through the awesome power of diagrams and scribbled arrows on a chalk board…or is it chalk bored?

To teach separation of powers, I tried to think of a way to play a game that would stay true to the idea.  A government divided so that action would be difficult in the best of times.  A series of rules that would only allow for action if most Americans (or at least their representatives) were in agreement (for the most part).  A way to play a game so that if a tyrannical person or mob arose there would be several ways to “slow their roll” as my students used to say.  A game that had internal and external pressures… then it hit me one day as my wife (@HCooper815) and her friend were whooping me and my pal in Cranium.

In each group of , let’s say, I had them elect one chief executive.  With the other 8, 3 were to become judges and the other 5 were Congress (Bam! Three branches).

I would then list Articles I, II, and III on the board with associated Federalist Papers that dealt with those particular branches.

Article I (I write some quotes from Federalist 52 on the board) establishes Congress and outlines what they can do in section 8 and lots and lots of “no’s” in section 9.  The founders saw this branch as the most problematic which is probably why they mention it first and alot the most ink to it (and yes, it’s also the closest to that tumultuous sea of insanity know as “the people”).

Since Congress is full of brains that are supposed to think clearly, the two categories in Cranium that deals with information and sifting of information, Data Head and Word Worm, were theirs.  So if the die came up those two colors the elected speaker of the house would debate the possible answers with his Congress and come up with an answer.

The president, of course, could veto Congress’ answer and suggest his own.  Then Congress could override his vetoed answer with a 2/3 vote.

Congress could also impeach the remove the president if he did not live up to his duties. 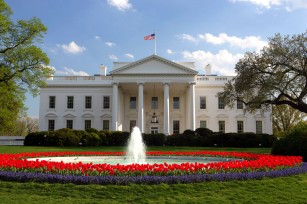 Article II deals with the president.  Federalist 70 addresses the “energetic executive”.  Since the president is so full of energy, why not make him address the other two categories: Star Performer and Creative Cat.  Any time the die landed on these two “active” categories the president had to perform for his or her nation.  Then Congress was tasked with the responsibility of guessing the silent clues, horribly drawn out illustrations, sculptures, songs, or hums.

Article III addresses the Supreme Court.  I would write a quote or brief summary of Federalist 78 on the board.  Since I’ve printed out the rules, the Supreme Court has to make sure their nation follows the rules or face getting sanctioned by the State of Nature (me).  They also have a rubric in front of them and give grades to the participants.  As the State of Nature, I support no nation in particular.  So if one group moves a piece to their advantage and the judges in the other nations don’t notice…who am I to tell?  Judges have to be on their toes constantly watching their own group as well as the others.  If a president from the other team has to close their eyes and draw on the board then the judges of the other two teams are asked to make sure that chief executive doesn’t cheat by opening his eyes.

Further, if a team is successful the “energetic” executive has to move his nation’s piece along the board.  It is the judge’s task to make sure that the piece is moved before the president sits down.  If he sits down, then their turn is over and they can no longer move that piece.

Each round, it seemed, students were adding to the rules using their textbook to find passages from the U.S. Constitution to mess with the other teams.  It was leading horses to water and enticing them to drink at its finest!

I had a handout somewhere… but alas I cannot find it.  The second I do, I’ll post it as an attachment so you can see exactly what my students saw.  But you get the general idea of the scope of the game.

This game was great fun and it ingrained in the students, via their role playing tasks, at least 1/3 of the checks and balances and separation of powers, but it was usually much more successful than that.  When students are calling each other out using phrases like “Nuh uh, Article I section 9 states…” or “Yeah, Federalists 70 said…” then you know something was done right…

2013 Northwest ISD teacher of the year, Humanities Texas 2012 Outstanding Teacher of the Year Award, and 2011 Outstanding Educator of North Texas Award (North Central Texas College). I'm currently a Regional Digital Learning Consultant with the Education Service Center Region 11 in Ft. Worth, Texas and a college government educator who incorporates philosophy, technology & humor. A student through and through, I walk with my students in their learning. Most importantly, I'm blessed with the 3 most perfect kids eva! I love on them ery day!!!
View all posts by Thrasymachus →
This entry was posted in Government/Civics, In The Classroom and tagged activities, checks and balances, civics, classroom activities, classroom games, cooper, cranium, games, gamification, government, humanities, lesson plans, separation of powers, social studies, thrasymachus, thrasymakos. Bookmark the permalink.