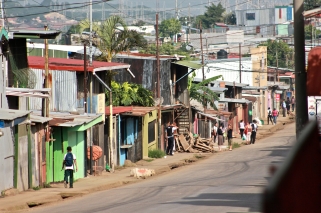 When I first came to the United States from Costa Rica in 1980 I was intimidated by everything I saw.  Especially here in Texas, everything seemed bigger and better than what I had experienced in San Jose.  It was, to put it simply, “Big Time”.  I was excited to be a part of it and eventually grew into my responsibilities and assumed my duties as an American and a Texan.  Every few years, my family and I would go back to Costa Rica…back home.

Costa Rica will always be a part of who I am and I wouldn’t have it any other way, but the promise and permeation of freedom found here in the U.S. allowed me to become who I was meant to be.  I was blessed with the responsibility of coloring and texturing the cloth that would become my small piece of our grand American tapestry.

What So Proudly We Hail flew me and several other instructors from across the country to Washington D.C. the summer of 2013.  We were brought together as a temporary think tank to game plan how best to attract, develop and maintain good American Citizens. 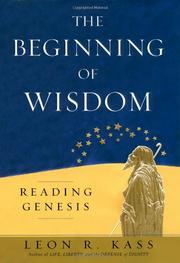 The three day event was singular for me.  Heading the group were Amy and Leon Kass.  Amy Kass was a product of the University of Chicago, a storied institution in the world of humanities, and a fellow seeker of wisdom and virtue.  Talking to her over the three days was like conversing with an affable and witty library.  She was mesmerizing in everything she recounted.  Leon Kass wrote a book that absolutely inspired my intellectual life: The Beginning of Wisdom.  In it the Old Testament is put under a philosophical lens in search of examples of virtue and wisdom (as an aside, I don’t think it is unrelated that Plato once wrote  “Wisdom begins in wonder” and The Bible states “Fear of the Lord is the beginning of wisdom“…after all, wonder and fear are similar reflections of the experience of “awe”).  I was completely in awe of this couple and their immense depth as individuals and as a couple.

Cheryl Miller, a fellow University of Dallas graduate, was our guide and pulled the event together.  She was the contact person for everything related to the What So Proudly We Hail (@WSPWH) event to the dozens of annoying D.C. touristy questions from yours truly.

Over a very formal dinner that I think exposed my pedestrian DNA, I was blessed to have  met instructors from Colorado, Illinois, California, and Texas that harbored the same concerns I had for the future of this country.  As public school push digital citizenship and global world views, these same schools often take for granted or are ignorant of the requirements needed to solidify what it means to be an American.  Even if the question of what an American might be is open for discussion, one must be able to discuss it intelligently and with some roots in the various answers offered by our past and present opinion leaders.  The answer may be a patchwork answer, but the patterns and hems should be recognized for their contributions.

It’s a bit ironic (or maybe “patchwork” proper) that an outsider like me was in charge of teaching natural born citizens the greatness of their own country.  That greatness can be found in this nation’s successful and incomplete responses to those eternal problems that hound every civilization: the search for Justice, Goodness, Truth, and allocation of power among many others.

For whatever reason, What So Proudly We Hail asked me to put together a lesson on one of several topics.  The Declaration of Independence and Federalist X immediately came to mind.  One addresses the source and form of our basic human rights and (esoterically) why denying human rights is such a travesty and the other addresses the best way to begin to secure those rights in a nation of free men pulled simultaneously in the directions of reason and passion.

Federalist X tugged at me a little more in this situation.  It’s a beautiful essay charged with hints of passion and a great dose of logic.  The essay exposes the enemies of any free people and features Publius’ famous, not solution, but redoubt or fortification against those enemies.

No scientist, statesman or philosopher has found a way to address the permanent problems of man mainly because man is that half beast, half god that is a puzzle to himself.  Grouping men together into nations only diffuses the boundaries of these permanent problems to the point where those who don’t pay attention begin to think that solutions have been found.  Revisiting the original struggles of those on the front lines is helpful.

Here is the lesson on the WSPWH site.

The lesson claims that it is “by” me.  It was a wonderful collaboration with Cheryl Miller at @WSPWH, the Kasses, and myself.

2013 Northwest ISD teacher of the year, Humanities Texas 2012 Outstanding Teacher of the Year Award, and 2011 Outstanding Educator of North Texas Award (North Central Texas College). I'm currently a Regional Digital Learning Consultant with the Education Service Center Region 11 in Ft. Worth, Texas and a college government educator who incorporates philosophy, technology & humor. A student through and through, I walk with my students in their learning. Most importantly, I'm blessed with the 3 most perfect kids eva! I love on them ery day!!!
View all posts by Thrasymachus →
This entry was posted in Government/Civics, In The Classroom, Political Philosophy and tagged American Founders, amy kass, Charles Cooper, cheryl miller, civics, costa rica, federalis x, federalist 10, federalist papers, Founders, government, immigrant, leon kass, lesson plan, social studies, thrasymachus, what so proudly we hail, wspwh. Bookmark the permalink.